20 May, 2022 Comments Off on Prevention of Maternal Death – A Hybrid Event MSD for Mothers at the Parliament of Bulgaria 'Trokitja' Center,'Yes' Youth Center,Aulona Center,Blog,IPPF,News Durim Tabaku 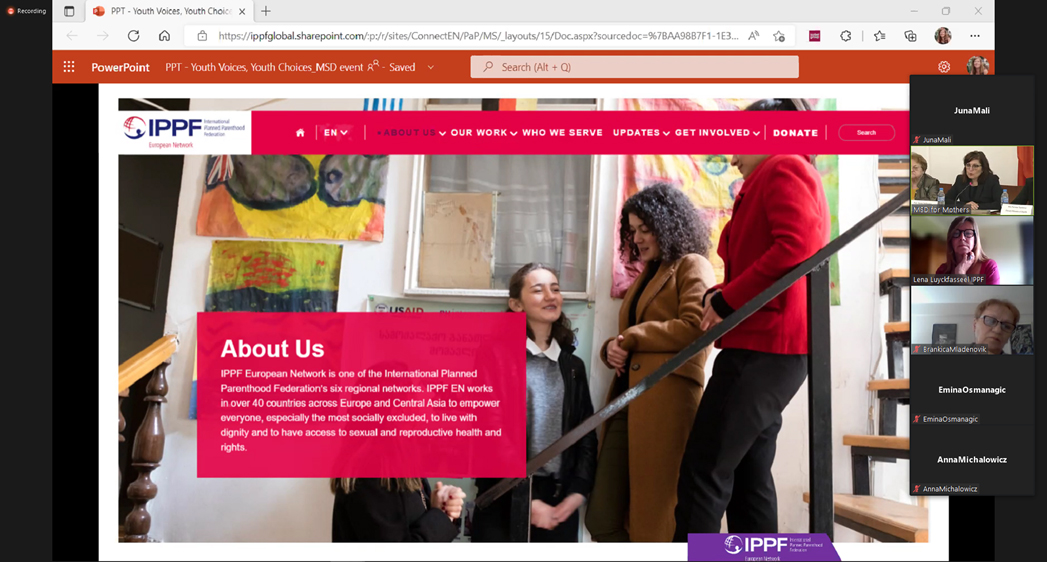 On 19 May, the MSD for Mothers Project held a hybrid event at the National Assembly of the Republic of Bulgaria with participation of MSD representatives, global partners, EU experts, NGOS, MPs, MEPs. The event was held on behalf of the 10th anniversary of the MSD for Mothers Project, whose main goal is to prevent maternal death, especially for at-risk groups and people with lower socioeconomic status. The event also consisted of a new three-year project, which will be implemented in five countries of the Western Balkans region (Albania, Kosovo, Bosnia and Herzegovina, Bulgaria and North Macedonia).

The International Planned Parenthood Federation (IPPF) and five Balkan countries participated in this event. The Albanian Center for Population and Development (ACPD) shared key findings from a national study it conducted in 2021 to identify level of access of young people to sexual and reproductive health and rights (SRHR) information and services. A representative from the Ministry of Health and Social Protection (MoHSP) in Albania delivered greeting remarks and officially committed to support ACPD in other initiatives that seek to improve access to information and SRH service.